During this year’s European Researchers’ Night members of the UL SPIE Student chapter showed demonstrations of optical phenomena in several University of Latvia locations across Riga.


In the Department of Optometry and Vision Science building students offered to both watch demonstrations of optical illusions, as well as provided information about the process of eye examinations where with the use of biomicroscopy it is possible to observe the frontal parts of the eye in optical sectioning and maximum magnification of x40. In the above image UL SPIE member Karola Panke, a doctoral student and an employee of University of Latvia: “This was a captivating Researchers’ Night during which around a hundred eye irises were photographed. The interest of visitors about vision and visual perception was tremendous. While children were most amused by optical illusions, their parents wanted to find out more about the clinical side of optometry - vision correction, reading glasses, contact lens use and so on.”
At the same time an extensive number of demonstrations were also taking place in the Institute of Atomic Physics and Spectroscopy. 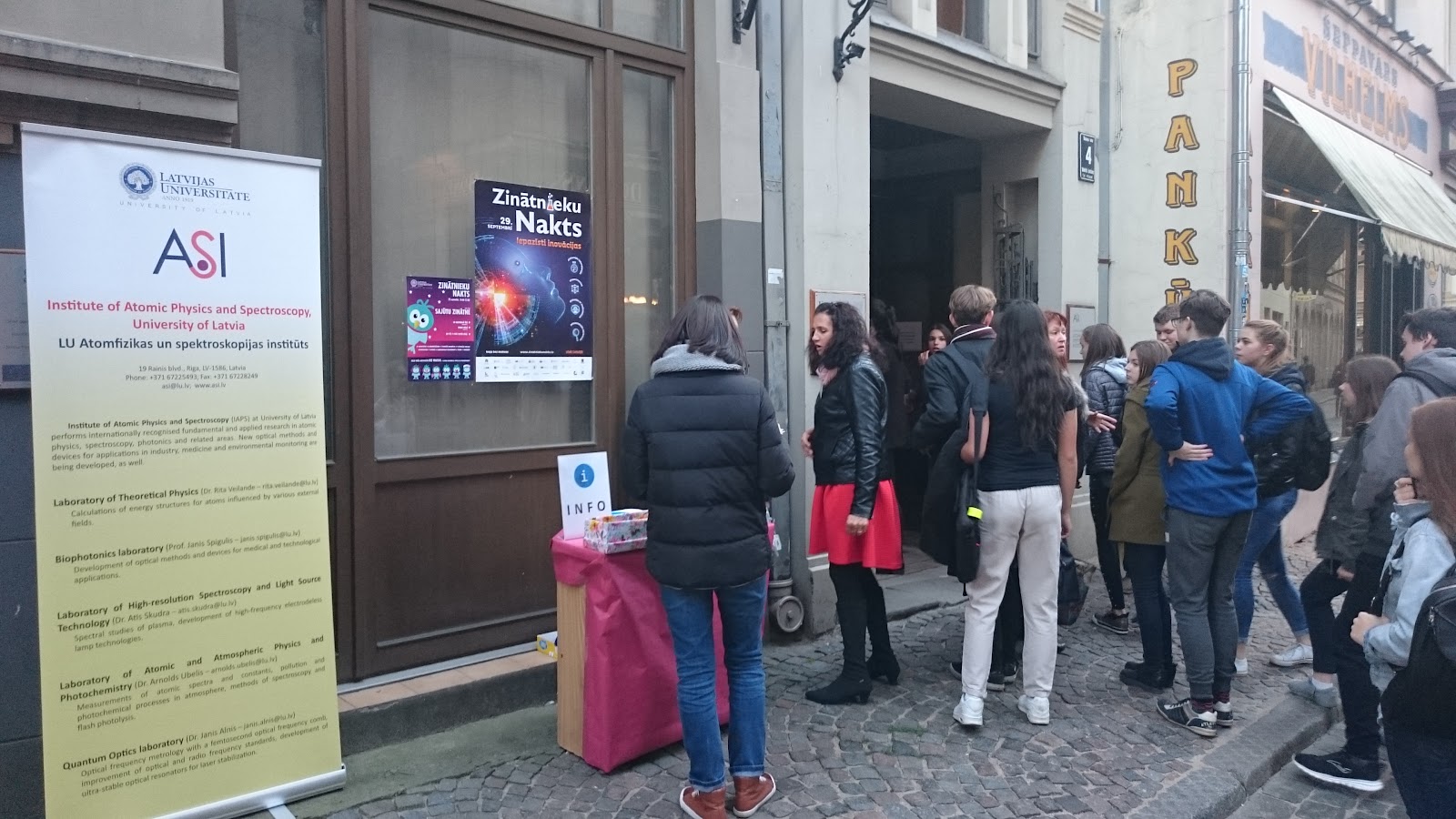 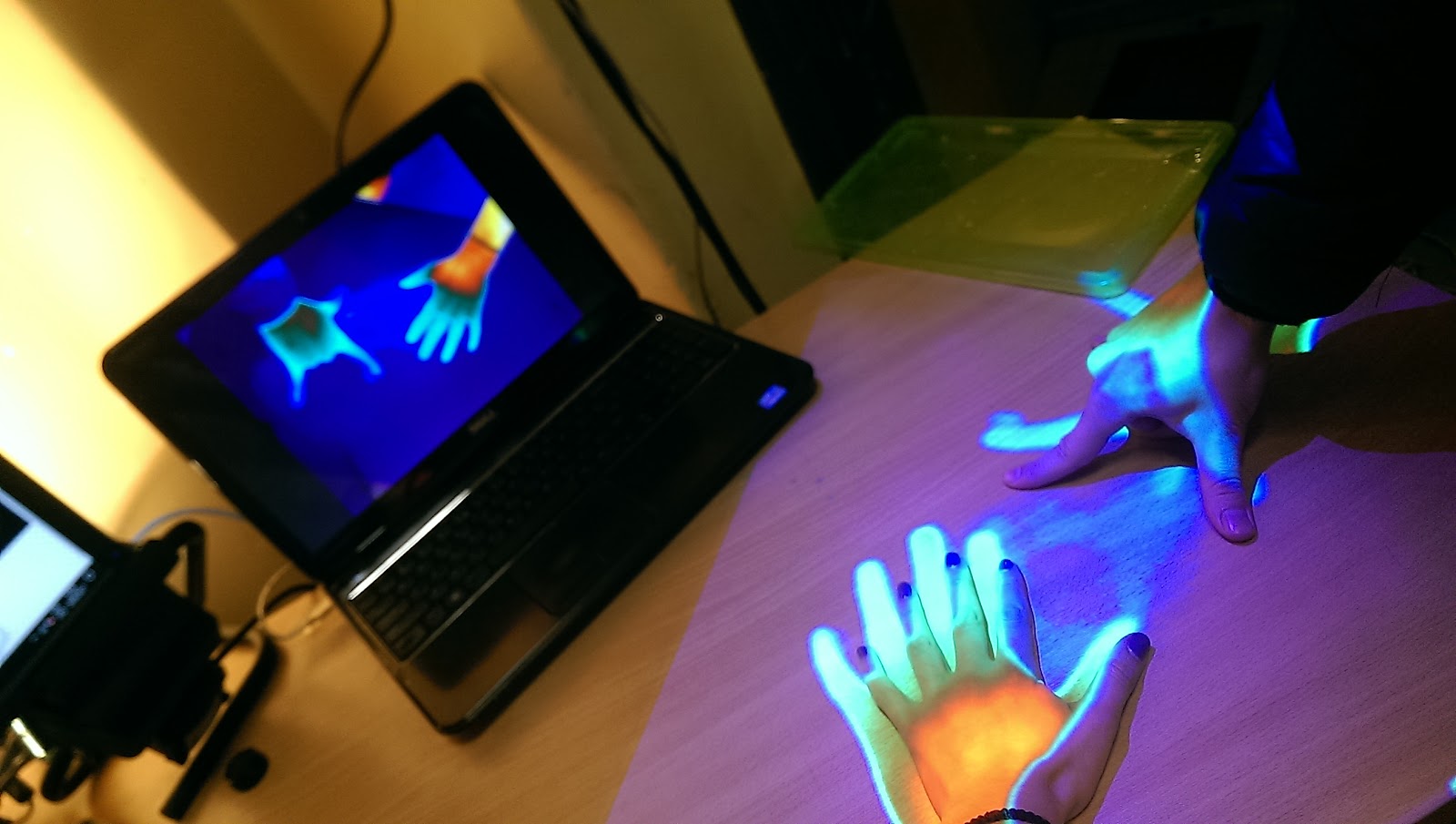 There were several of them utilizing computer vision. In the image above you can see a demonstration of blood perfusion in the palm using rPPG principle and back-projected image on the actual hand in real time. This was achieved using a near-infrared and a thermal camera to capture the temperature and positioning of the palm. 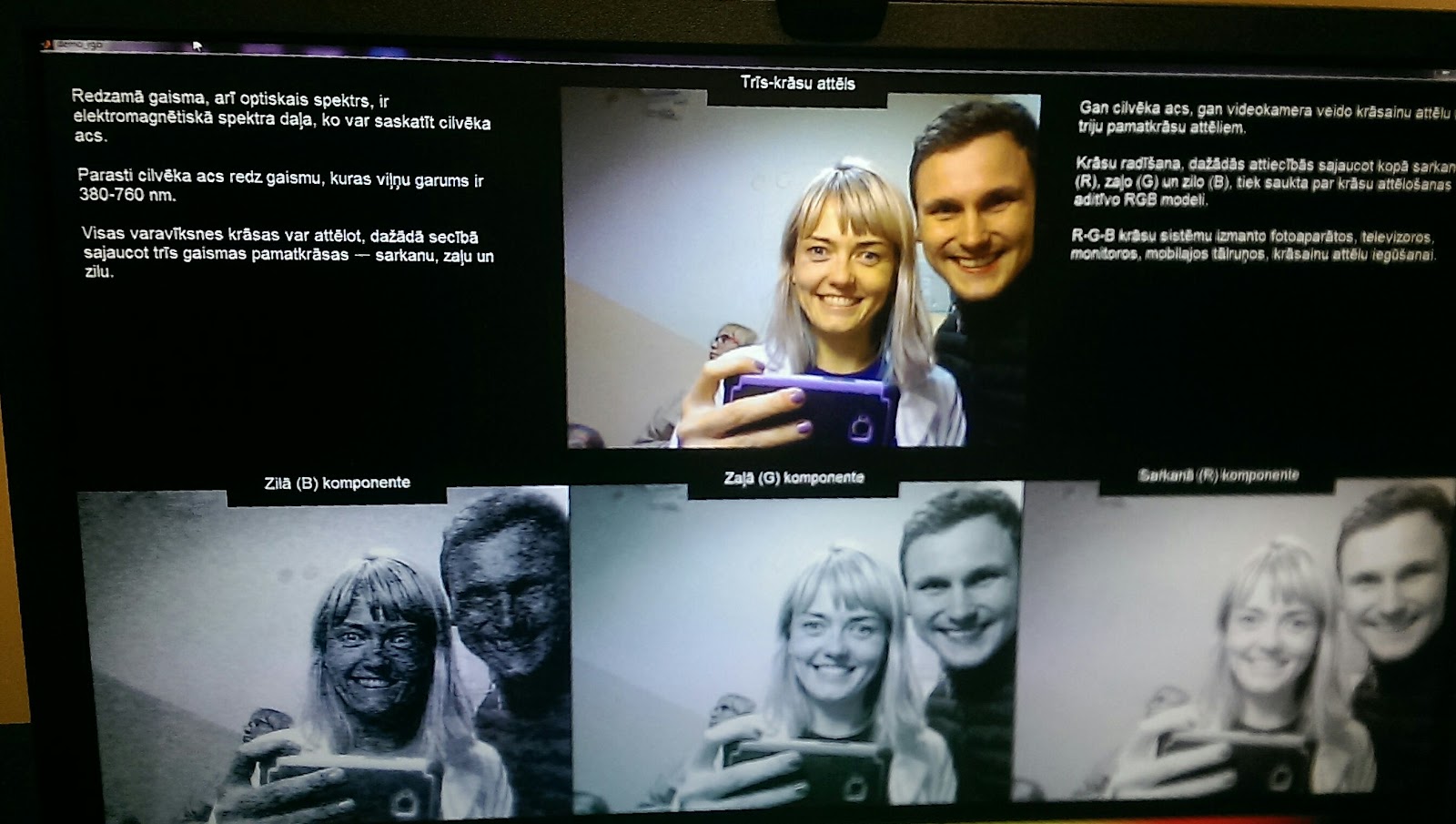 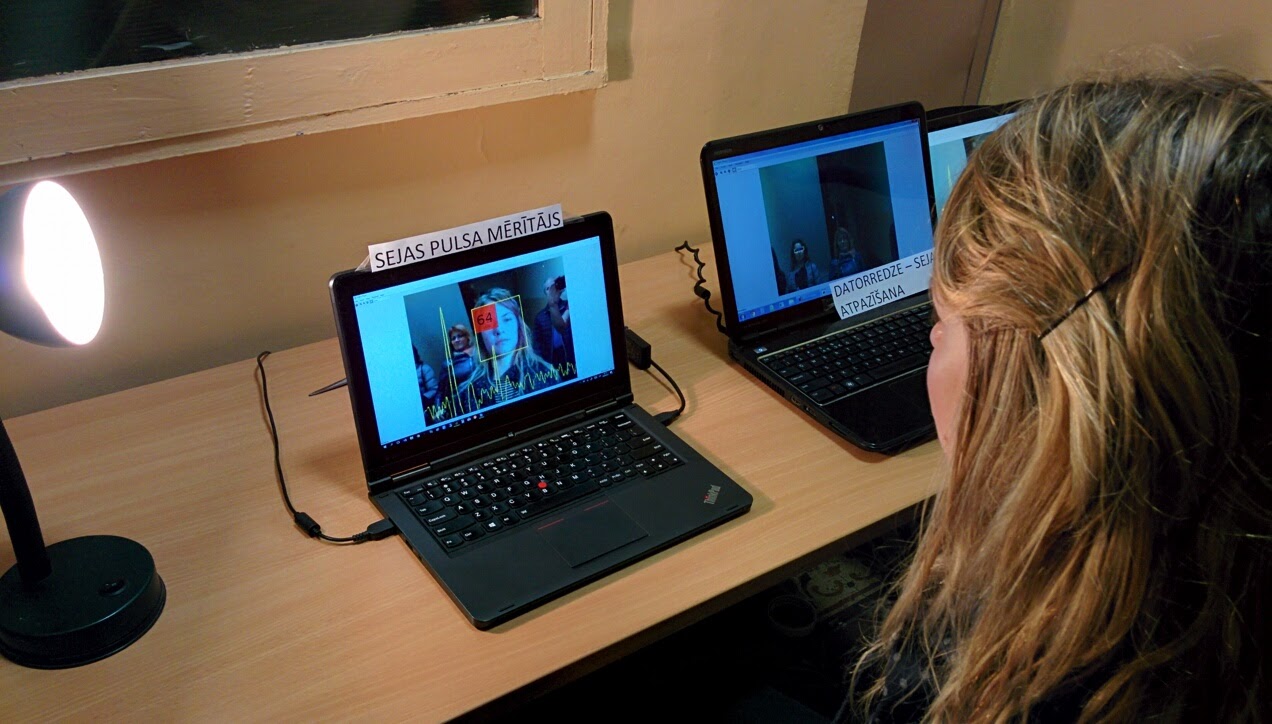 Here visitors could see how a computer recognized faces in a video as well as get their pulse measured using just a web camera and a specially written computer program. This technology is called non-contact photoplethysmography. It counts small color changes in the skin caused by a person’s heartbeat which are not visible to the naked human eye. 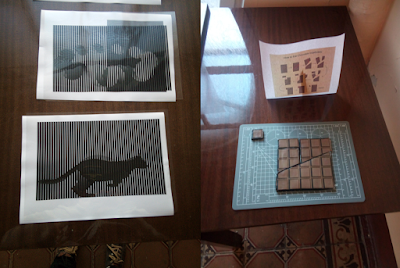 Above are some optical illusions that were demonstrated by UL SPIE members Andra Pirktina and Inga Brice. On the left - moving picture illusions. Visitors were very interested in how to make such images themselves. On the right - infinite chocolate illusion. Inga pointed out that almost everyone had heard of this illusion but hardly anyone knew how it worked and the most often asked question was - “Is the chocolate real?" 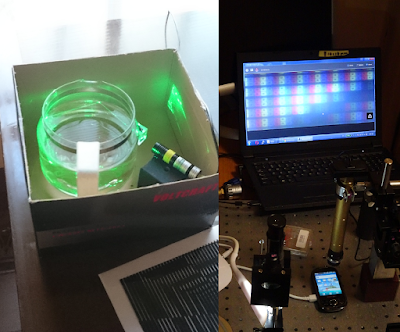 Visitors were also introduced to a project being conducted in the institute and in simple terms informed about sensors and Whispering Gallery Mode resonators, a simple demonstration visible on the left. On the right side image pixels of a smartphone screen where magnified until they could be easily distinguished.

Last, but not least, also UL SPIE Chapter prepared a fun photo-booth called “Shine like a Photon’’ where each visitor could observe types of luminescence: photoluminescence and phosphorescence - trying out the effect of UV radiation on different materials, fabrics and colors in real and fun way.
Posted by ULSPIE at 2:50 PM